This article starts a series about how wealth managers and clients should think about alternative investments.

Family offices are investing in private debt. Technology geeks are coming up with ways to commoditize diamonds. Despite widespread reports of their demise, hedge funds won’t die and keep on going. Welcome to the diverse world of alternative investments.

The very word “alternative” creates a problem because some areas covered by this term, such as property and commodities, aren’t very alternative - they are assets that have been around for centuries, long before anyone heard of listed equities or corporate debt. (Even the ancient Greeks had a sort of futures market in olive oil.) To some extent the term arose to cover all those activities that were not stocks, bonds and cash. For some observers, another way to nail down a definition is to think of illiquid versus liquid (ie easy to buy and sell). That is not always ideal, however, because some commodity markets are very liquid.

Another possible marker is that such assets have a number of distinct qualities. Agricultural commodities, such as wheat, coffee and sugar are heavily affected by specific aspects of nature, most obviously the weather. Venture capital investments require an often deep and laborious understanding of companies, managers and sectors. Precious metals bring up not only the need to understand the economics and finance of mining, processing and distribution, but also geopolitics and central bank tactics. A more wry definition of an alternative investment is “something that uses leverage and charges hefty fees”.

Alternatives have become part of the standard vocabulary of wealth management. Part of the promise of these assets is that they are supposed (so advocates say) to offer genuine diversification in a portfolio. This is a fraught area because much depends on the time period one is considering. Take gold, for instance – this supposed “safe haven” asset can sometimes move in lockstep with bog-standard equity markets in times of stress because investors, desperate to meet leverage limits (aka margin calls), can dump valuable assets such as gold to raise the money they need. (This happened in 2007 around the time that Bear Stearns and the UK’s Northern Rock hit trouble. Remember them?) Over the longer term, correlation relationships can change – but for some investors, they could be out of the game in the “long term”. Private equity, VC, private debt and forms of real estate can sometimes follow a different path from, say, the S&P 500 or developed countries’ debt markets. But to achieve that diversification requires a price: the higher fees one pays for private equity, for example, and the lower liquidity and longer holding periods, and the need to learn the complexities of the asset classes.

Getting a seat at the table
For all the debate about the value of alternatives, one big change is that investors have more ways to get a seat at the table than two decades ago. Take hedge funds: once only big pension and life insurance funds had a chance to ride along with the best managers. Now new platforms and placement channels - Mercury Capital Advisors, iCapital Network and CAIS, to give just three - are to some extent “democratising” access. And inevitably, blockchain technology opens the route of “tokenising” investments into areas such as private equity where investors only put in a fraction of the money they used to be asked for. (Examples include Xen Technologies in Asia and the Swarm Fund in the US.) Instead of $1.0 million to get into the game, tokenised investors might only need to put in $100,000. There are also listed vehicles that invest in private equity and other areas – “liquid alternatives” - for example, so the investor can tap into the sector by buying and selling a company’s shares. (This does, however, create a problem when the share price of such a structure trades at a significant discount to the entity’s net asset value.) In fact, liquid alternatives have been boosted by the advent of cross-border fund structures such as Europe’s UCITS market. A point to note, however, is that investors and advisors must understand that the promise of daily liquidity in such a fund may not fit with the underlying assets and strategies.

Regulators, mindful of the need to stop mis-selling and providing unsuitable products, generally tend to limit access to alternatives to professional/”sophisticated” investors. The boundaries can be fuzzy. There is also a broader policy concern here. If alternative assets are so valuable, why should only the seriously rich or big institutions get a piece of the action? Should we not go with the idea of “let the buyer beware?”

Property in all its forms is a whole story of its own, both part of the “alternative” space but also one that any householder can relate to. The past two decades have seen the ascent of Real Estate Investment Trusts (REITs) in several jurisdictions, such as in the UK. But funds and pooled vehicles are only a part of it. Family offices are directly investing in some major properties and excluding the intermediary completely – this is a big trend. Another theme is club-deal property investing. Property, being a highly “political” asset, of course, tends to also have tax peculiarities, as well as considerations such as planning consent and land use control.

Organisations such as Preqin, Hedge Fund Research and Cambridge Associates provide much more detail on these asset classes. Preqin, for example, churns out reports on fund-raising, exits, rates of return, sector and regional analysis. And some of the terminology, which in the past might have made these areas mysterious, is becoming mainstream financial vocabulary. (As an example, take the idea of internal rate of return, which tries to measure results amid the complex entry and exits from deals). Some of the vocabulary can still befuddle the uninitiated, such as “mezzanine capital”, or “merger arbitrage”. The industry must be ruthless about explaining what it does clearly.

Such an overview can only scratch the surface. There is also the whole beguiling area of collectables – fine wine, classic cars, fine art, watches or ceramics. These blend investment and hobbies and are relatively small compared with the multi-trillion financial markets of today, although for obvious reasons they gain a lot of attention. 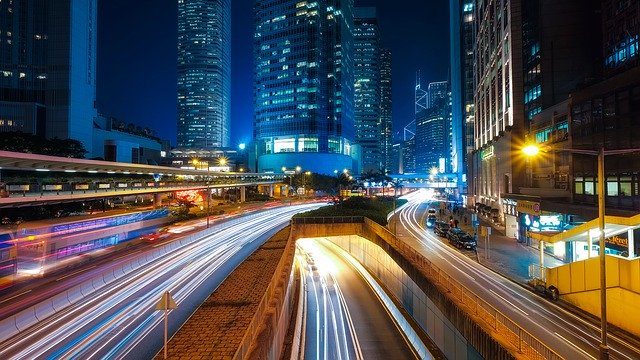 Who's Moving Where In Wealth Management? - First State Investments

Deals Of The Day: The Latest In Wealth Management M&A - IRESS, Australia