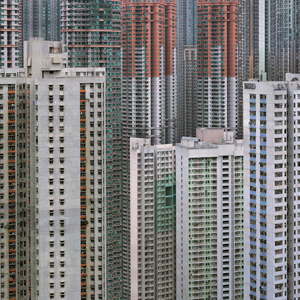 China's authorities have loosened monetary policy and sought to contain the fall-out from debt-laden real estate developers such as Evergrande, but conditions for property in the country will remain tight, the Swiss bank said.

UBS remains cautious on real estate equities in China as the countryâs property sector continues to restructure under weight of debt, and the Swiss bank doesnât expect Beijing to greatly loosen policy to help the bricks-and-mortar sector.

Last year, financial markets were rocked by the default of Evergrande, the large Chinese development group which had accumulated large debts, raising questions about the financial viability of this important business sector. Last week, the Peopleâs Bank of China, the central bank, cut interest rates, and flagged more such moves ahead. At a monthly fixing last Thursday, China reduced its one-year loan prime rate (LPR) by 10 basis points to 3.70 per cent from 3.80 per cent. The five-year LPR was reduced by five basis points to 4.60 per cent from 4.65 per cent, its first cut since April 2020. Most new and outstanding loans in China are based on the one-year LPR. (The five-year rate influences mortgage prices.) That move came after the central bank also cut the Reserve Requirement Ratio on banks, with the effect of releasing money into the system.

Property market activity has declined, but UBS reckons that China will not greatly ease conditions for a sector that needs to restructure.

âDespite the sharp drop in property activities, Chinaâs medium- and long-term policy strategy for the housing market will likely stay relatively tight. The sector is likely to consolidate and restructure on policy pressure during this process. We expect divergence in property bonds, and prefer property stocks the least,â UBS Global Wealth Management Chief Investment Office said in a note yesterday.

More broadly, UBS reckons that Chinaâs gross domestic product is likely to grow by around 5 per cent in 2022, with a soft first half and a strong second half.

âPolicy easing could step up further, given the downward economic pressure. For equities, we prefer sectors benefiting from policy support, such as intelligent infrastructure. We also think consumer staples will enjoy margin expansion and offer high earnings visibility in a volatile market,â UBS said.

Another headwind for Chinese bonds, such as those in real estate, is the possibility of the Federal Reserve interest rate rising to curb inflation, the Zurich-listed firm said in a note.

âInvestors should reduce exposure or stay defensive, in our view. We have trimmed our USDCNY [dollar-renminbi exchange rate] forecast to 6.50 for end-December (from 6.65),â it said, advising dollar-based investors to cut or hedge long positions in the renminbi, given the risks of falls in the Chinese currency against the dollar.

Property unease
The bank said it expects Chinese home sales to fall by 6 to 9 per cent and real estate investment to shrink by up to 3 per cent.

âFurther out, with Beijing still determined the rein in the market, the recent [monetary policy] easing trend is likely to prove short-lived,â the bank said. âChinaâs medium- and long-term policy strategy for the housing market will likely stay relatively tight. Top leaders have repeatedly reiterated that 'housing is for living not for speculation.â During this process, Chinaâs property sector is likely to consolidate and restructure on policy pressure. And, as long as policymakers can prevent a hard landing in the property sector, Beijing may tolerate declines in property prices, real estate investment, and land revenue in the medium term.â

Besides the concern over real estate, China surprised global investors last summer with crackdowns on various technology and related sectors such as after-hours/for-profit education and video games. The moves even prompted renowned hedge fund investor and political activist George Soros to warn Western asset managers that they were making a tragic mistake doing business in China. To read some other commentaries about China, see here and here.