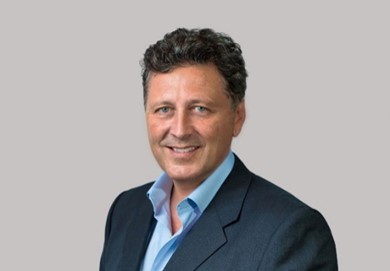 A Singapore-based multi-family office reckons that talk of Europe's economic demise is premature and unwarranted.

The following article is by Gary Tiernan, managing partner of Golden Equator Wealth, the Singapore-based multi-family office. It addresses the state of the European economy, sometimes seen as a melanchology subject. Tiernan argues that there is a lot going for the European economy, and sets his arguments out below. The editors are pleased to share these views and invite readers to respond. The usual editorial disclaimers apply. Email tom.burroughes@wealthbriefing.com and jackie.bennion@clearviewpublishing.com

The COVID-19 pandemic has upended economies and societies across the world, but it may have inadvertently provided Europe with a shot in the arm.

The EU’s planned issue of €750 billion in bonds to fund its post-pandemic recovery is a timely reminder that the continent should not be written off as a political union, or an investment destination.

There has been a perception for a while now that the EU is not as promising an investment destination as other regions - the US is where the technology is, and Asia is the force driving global growth and where the future of the global economy lies.

We have seen the odd strong rally in European markets that has caught global investors by surprise (as in 2015), just as we are seeing strong interest in some European markets at present. But apart from the occasional rally, Europe has been overlooked to an extent by investors outside the continent.

However, change could be in the air with the EU’s pandemic recovery fund and continued technology and trade tensions between the US and China, and with the pandemic sharpening the focus on sustainable practices.

Things could be changing
In July this year, EU leaders reached an agreement to set up a coronavirus recovery fund that would offer €390 billion in grants and €360 billion in low-interest loans to member states hit hard by the pandemic, with the sum being raised from the capital markets.

This is an important move as it marks a directional change for the EU. A true economic union comprises both fiscal and monetary union; hence, it is often said that the EU is not truly one, in spite of its use of a common currency, as it does not have a fiscal union.

Although the EU-backed bond does not mark the beginning of a fiscal union, and there is still uncertainty on how the debts assumed will be paid for, this is still certainly a step in the right direction.

Politically, it demonstrates that in a moment of need, when their backs are to the wall, member states are willing to set aside their differences and work closely together.

A potential disintegration of the EU has been talked about for the past few years and the view gained currency with the Brexit vote. Would other countries follow suit? That question has been laid to rest - at least for the time being. The recent pandemic response deal suggests that the EU can survive and may eventually even move closer.

A true fiscal union is still not on the horizon for the EU as there is no common taxation policy, for example. But a perception that the EU is united and not falling apart is especially important. From a capital market perspective, this means that investors have started anticipating a more positive outcome.

A favourable alignment
The EU also potentially stands to benefit from the ongoing tech conflict between the US and China. With some companies taking Huawei off the table given the security concerns they have about the Chinese tech giant, Europe could capitalise on this development and take the lead globally in the area of 5G, an area in which European companies have advanced capabilities.

The continuing TikTok saga in the US is demonstrating how growing techno-nationalism can affect large multinational technology companies. For now, the focus is squarely on the US and Chinese governments and their companies. While the effects of this tech war could potentially impact European technology companies in the long run, for the time being at least, they are positioned well to benefit from these developments.

Additionally, Europe continues to lead and drive the global agenda on environmentally conscious investing. The pandemic has brought the focus sharply back on sustainability and we have seen ESG- and sustainability-related funds doing well and outperforming non-sustainability focused managers.

The European Commission could issue green bonds for the first time as part of its EUR750 billion bond issuance. “The commission is exploring the possibility to issue part of its bonds in formats that demonstrate its commitment to sustainable finance — including social and or green bonds,” Johannes Hahn, commissioner for the EU budget, recently said. This demonstrates the EU’s commitment to a green transition.

The pandemic has brought about a global awakening for the need to build resilience and move towards a more sustainable future. The EU will potentially benefit from this mindset as it has higher environmental standards, more detailed requirements, and clearer measurement guidelines than in many other countries. It is the same reason why investors continue to look at EU markets for sustainable stocks.

The EU was undervalued and ignored, particularly by those outside of Europe, but now there should be growing recognition that it provides a range of investment opportunities.

The first moves indicating fiscal flexibility, a renewed global focus on sustainability and the antagonism between the US and China, contribute to making this a key moment for how investors perceive Europe vis-à-vis Asia and the US, and could spark renewed interest in the “old continent.”

Gary Tiernan is Managing Partner of Golden Equator Wealth, a Singapore-based multi-family office. He is a seasoned international private wealth leader with more than 30 years of experience in the wealth management industry across London and Geneva as well as Singapore, where he has been based in for the past 16 years.