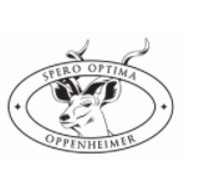 Singapore is stepping up its bid to be the premier family office hub in the region.

The single-family office acting for Nicky and Jonathan Oppenheimer, part of the renowned dynasty linked to De Beers and Anglo American, has fleshed out more details on its new Singapore operation.

Oppenheimer Generations yesterday announced that it has established an office in the Asian city-state, coming at a time when the jurisdiction is stepping up its bid to be the premier family office hub in the region.

âThe long-term economic prospects that Asia presents are clearly attractive for any investor. Beyond this, we are excited about the opportunity to build a permanent presence in Singapore and use this as a platform to boost synergies and catalyse investments between Africa, our home market, and South East Asia,â the group said.

Edoardo Collevecchio, having served with the family for more than five years as chief of staff, will relocate to Singapore to set up and lead the firm's Asian operations. He will be joined by Yiling Ong, formerly at Temasek, as head of investment.

âAs a family, we have always sought to apply a mindset of engaged capital â which involves a long-term partnership between investors, operators, and the wider community â across all our investments, with a focus on long-term shared values. In recent decades, China and South-East Asia have led the world in terms of investment in âproductive assetsâ as a proportion of overall investment,â Jonathan Oppenheimer, executive chairman of Oppenheimer Generations, said. âThrough our presence in Singapore, we look forward to deepening relationships with like-minded partners across both commercial and philanthropic initiatives.â

As reported yesterday, the launch has happened at a time when family offices in Asia â a region dominated by family-owned firms â are growing, catching up with Europe and North America, home to the most mature markets for these entities. (According to a recent book on the family offices sector, reviewed here, there are 4,250 ultra-high net worth families with wealth of $250 million or more in Asia.) The GFO Circle cited figures showing that from 2019, the number of family offices in Singapore has doubled to about 400, as at the end of 2020. In Singapore, regulators are considering adjusting the jurisdictionâs Variable Capital Company regime to attract single family offices. (VCCs have been in place since January 2020.)