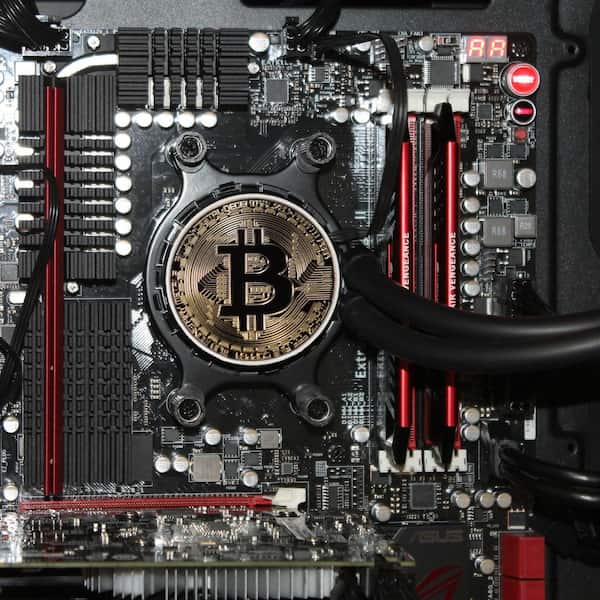 The author of this article delves into the details of how bitcoin should be valued: an important consideration when there is so much commentary and noise around digital assets.

Bitcoin, the cryptocurrency, refuses to go away (much to the chagrin and annoyance, one suspects, of some monetary traditionalists and regulators). A question that must arise is what are the most suitable ways to value bitcoin? And how, from a wealth management point of view, should one think about this digital asset?

The chief investment officer from Switzerlandâs Syz Group, Charles Henry, has the following thoughts on the matter. This news service is pleased to share these thoughts; as ever, the usual disclaimers apply to views of outside contributors. To jump into the conversation, email tom.burroughes@wealthbriefing.com

Bitcoin recently hit a new all-time [high] as the market cap hovered around $1.3 billion. The question is whether this a lot or a little?

We can probably all agree on at least one point: the theoretical value of BTC remains impossible to assess. No earnings to apply a multiple to, no dividends to calculate its yield, no net assets to establish a book value.

The valuation of bitcoin and other cryptocurrencies is one of the most controversial and complex aspects of this asset class. Below, we highlight some of the most widely used techniques to value of bitcoin.

Approach one: valuing bitcoin as digital gold
For many investors, bitcoin is increasingly positioning itself as an alternative to gold as a so-called "non-sovereign" store of value. Bitcoin is also very often referred as âdigital goldâ or â2.0 gold.'

One of the most widely used approaches to valuing bitcoin is therefore to compare its market capitalization with that of gold. At the current price of around $1,800 an ounce, the total stock of gold (already mined from the ground) stands at around $12 trillion.

Approach two: quantitative theory of money
Another bitcoin valuation model was proposed by Chris Burniske, a crypto researcher and partner at the venture capital firm Placeholder Ventures, and Jack Tatar, managing partner of Doyle Capital, in a book called Cryptoassets: The Innovative Investor's Guide to Bitcoin and Beyond.

Burniske and Tatar based their work on the quantitative theory of money. This theory, which was developed by Irving Fischer, an American economist prominent in the early 20th century, established a link between the quantity of money in circulation (M) and the general price level (P). It also took into account the speed of the circulation of money (V) and the volume of products exchanged during a given period (Q).

Under an adapted version of quantitative theory, a CFA research paper highlights the following computation: âSuppose the bitcoin protocol processes 100 billion transactions (Q) of $100 each (P) per year. So P Ã Q = 100 billion Ã 100 $ = 10,000 billion dollars per year. Assuming a velocity of 5 (in other words, a bitcoin changes hands on average five times a year), the $10 trillion per year is divided by 5 which gives a potential market capitalisation of 2 trillion dollars. If we divide this number by the maximum number of bitcoins that will be issued (or 21 million), that then gives a price target of $2,000 billion/21 million, or $95,238 per bitcoinâ.

For sure, the unknown variables P and Q play a key role in solving the above equation. And they can, of course vary, considerably. But for those who believe in the virtues of this model, the growing adoption of bitcoin as a currency could spell a rise in the price of bitcoin. For comparison, the cumulative number of transactions made via Visa, Mastercard and UnionPay in 2020 were around 450 billion.

Approach three: the stock-flow model
Three years ago, a mysterious Dutch institutional investor by the name of Plan B attempted to model the value of bitcoin. When first released on 22 March 2019, the model predicted a rapid increase in the value of bitcoin to $55,000, once the May 2020 halving had occurred.

At the time of Plan B's first release, bitcoin was trading below $5,000. Needless to say, most observers did not take this study seriously. Yet these predictions turned out to be correct. Plan B bases its valuation of bitcoin on the Stock-to-Flow (SF), a quantitative model based on the scarcity of assets. The Stock-to-Flow divides a resource's reserves (the âStockâ) by its annual production (the âFlowâ).

The model therefore measures the marginal annual or additional supply in relation to existing reserves. The higher this ratio, the less supply is renewed and therefore the more the resource or asset in question can be considered âscarce.â

SF is generally applied to precious metals, such as gold. Bitcoin is the first digital asset that cannot be copied, duplicated, hacked or forged. When it was launched in 2009, its developers stipulated in the protocol that bitcoin's production would be capped at 21 million by 2140. The current supply is around 18.5 million and the production of new bitcoins is halved every four years. Bitcoin is thus the first ârareâ asset that can be transferred digitally. Given the scarcity properties of bitcoin, the stock-flow model appears to be applicable to bitcoin in the same way that it is for precious metals.

The estimated capitalisation of bitcoin after the May 2020 halving was $1 trillion, resulting in a bitcoin price of $55,000. This target was reached in February of this year. The same model predicts that the price of bitcoin should hover at around $130,000 by the end of this year, and much more in the years to come.

However, the prediction capacity of the model must be put into perspective. The fact that risks such as exchanges being hacked and certain government/authorities etc banning bitcoin are not taken into account by the model, which could influence the price of bitcoin. Valuing an asset requires taking into account its volatility and bitcoinâs volatility remains very high.

There are many models for evaluating the theoretical value of bitcoin, but they all have their limitations. Finally, the value of a currency (for those who look at bitcoin as such) depends on the trust that people have in this currency as a unit of account, a medium of exchange and finally a store of value. As Adam Smith said: âAll money is a matter of belief.â

Exclusive: Wealth Management 2.0 â The Big Opportunity That Only Technology Can Deliver

The FTX Collapse: When Mistruths Over Rules, Risk And Impact Spread

An Overview From EY On Tech Traps Facing The Sector