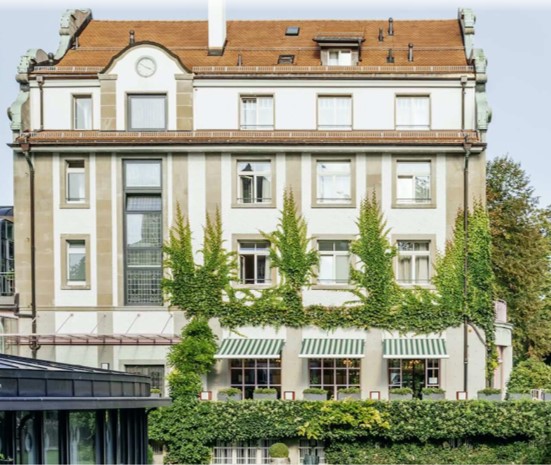 A 132-year-old private school in St Gallen comes with a price tag, but it says its work in preparing pupils to thrive in a fast-changing world gives them unrivalled opportunities. The school is an example of how UHNW families spend their resources.

Globally, there are about 18,000 ultra-high net worth families with a net worth of $250 million or more, and many parents must have wondered how best to prepare their offspring to use wealth wisely and effectively and build their own achievements. An obvious starting point is education.

Technologies are disrupting business and new ways of working mean that the generation that takes the helm in a few yearsâ time needs to be as well prepared as possible. And one school in Switzerland that has a heritage stretching back over a century reckons itâs also very dialled into the challenges of today.

The Institut auf dem Rosenberg, based in St Gallen, recently launched a âHumanixÂ®â programme, which it says is unique. Humanix trains students' cognitive capacities and literacy through the study of data. The school says it uses state-of-the-art technology to engage and enthuse students, all the while handling core subjects with all the rigour one would expect of an expensive school founded in Victorian times.

By attending the school, students emerge with the kind of aptitudes that equip them to handle responsibilities, including family wealth and business, Bernhard Gademann, who is head of the school, told WealthBriefing in a recent interview. His family has run the school for four generations.

âOne thing we understand is that wealth carries responsibility,â Gademann said. âStudents need to remember that one reason why their families are wealthy is that at one point, an ancestor decided not to be average. This means you are obliged to go further and be worthy of this gift.â

"As our parents are highly successful entrepreneurs from all over the world, we like to take inspiration for new course contents directly from them. In one example, a parent mentioned that schools fail to educate and train students in the art of constructive dispute. This conversation inspired us to research and within a short time period we introduced a course called `The Art of Conflictâ,â he said.

There are 230 pupils in total, and a maximum class size of 12. Pupils come from more than 50 nationalities. To say this school is cosmopolitan would be an understatement.

The school has developed proprietary software to help decide what students should learn and do. âAll students are treated as individuals and this is the way that education should be,â he said.

The school isnât cheap. Thereâs an annual fee of SFr140,000 â clearly aimed at ultra-wealthy families, although Gademann argues its approach could certainly be adopted across a much wider population. Students are prepared for a variety of examination forms, such as the International Baccalaureate, UK A-Levels and the US Advanced Placement program.

Gademann warmed to the theme of the schoolâs âArt of Conflictâ course. âThe course aims at educating future leaders in how disagreements on all levels including politics, business and personal relationships can help resolve issues, if approached correctly and with the right measure of understanding and respect for the other party.

âConflict is innate to our species and can be destructive. At the same time, avoiding conflict leads to unresolved issues that potentially cause more harmful situations in the future. So how do we strike the right balance?

âWhat I personally appreciate about this course is that the outcome can immediately be applied by students in their personal lives while they gain an understanding of a multitude of conflicts and their outcomes on a global level, both from an historic and contemporary point of view,â he said.

The Alpine state competes with countries such as the US, the UK and France for elite private schools. These countries dominate the market in internationally recognised qualifications; the International High School Diploma, International GCSEs/A-Levels, International Baccalaureate and French Baccalaureate, for example. The children of UHNW clients in the Middle East, Asia, Latin America, Africa and the former Soviet Union attend these places. The globalisation of high-end education has accelerated the process, and arguably driven the upward march in fees.

Institut auf dem Rosenberg is not just one of the most exclusive international schools, judging by its price tag, but it also appears to be one of the oldest, founded 132 years ago. Gademann said the school is also trying to capture the culture of a two-year start-up. But even with a focus on technology as an aid to learning, it can never beat the benefits of âan excellent teacher,â he said.

Going forward, Gademann predicts a bifurcation of universities between those delivering great education â for a price â and a lot of mediocre establishments not able to continue justifying their fees. And he argues that there will be a premium for places of learning that concentrate on stress problem-solving, creativity and the ability to think across boundaries.

In short, such an outlook appears well calibrated to the needs of young adults entrusted with running a family business or who want to strike out on their own. And, in time, one must hope that the qualities making this establishment so attractive will be available to children everywhere, regardless of how much their parents earn.