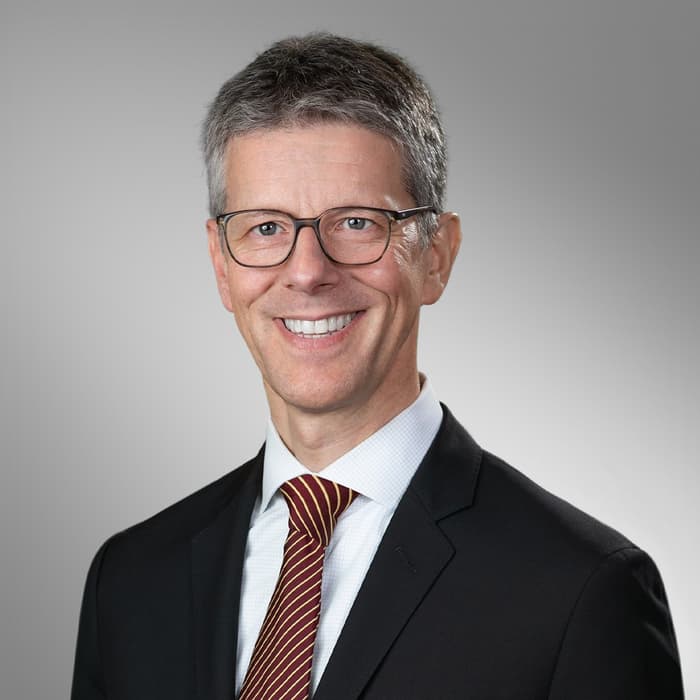 PineBridge Investments asks what sort of market rebound in Asia is likely at a time of economic and geopolitical risks.

The following commentary on the Asian economic and financial landscape comes from PineBridge Investments, and its chief economist, Markus Schomer. As readers can imagine, the editorial team at this news service are regularly regaled with wealth managersâ views on what they think will happen in markets, and we like to pick out those views that are unusually detailed, or contrarian, or have a specific angle. Schomerâs article adds to debate and we hope readers find it useful.

As with all guest contributions, the editors of this news service donât necessarily share views of outside commentators. Jump into the debate and make your view heard! Email tom.burroughes@wealthbriefing.com

Our outlook for Asia for 2022 was pushed off track by another exogenous shock in the form of Russiaâs invasion of neighbouring Ukraine. We were looking for the global economy to move past the Covid pandemic and settle into the new business cycle this year. Instead, we are now faced with a sharp exacerbation of inflation pressures that are depressing economic sentiment and have raised expectations of more aggressive monetary policy tightening, particularly in key developed economies. That, in turn, is driving rising recession concerns that are weighing on global financial markets.

Global monetary policy is far from synchronised, however. Many emerging market central banks have been raising rates for well over a year now, while the Peopleâs Bank of China is actually cutting rates. The reason why China is on a very different policy trajectory is its âdynamic zero-Covidâ policy, which has seen rolling lockdowns on its economy. Recently some restrictions have eased, allowing for more mobility but with frequent testing. Purchasing managersâ indices have pointed to a sharp slowdown and possibly a contraction in Chinese GDP growth in the second quarter, which seriously threatens the countryâs growth target. In its April 2022 World Economic Outlook, the International Monetary Fund (IMF) cut its China forecast by more than a full percentage point to 5.1 per cent from its previous forecast in October 2021, acknowledging this development (1).

Growth Is slowing in China, but government stimulus is underway 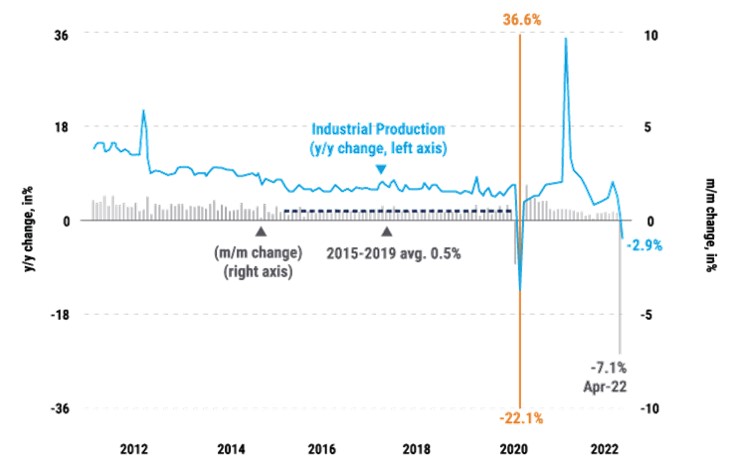 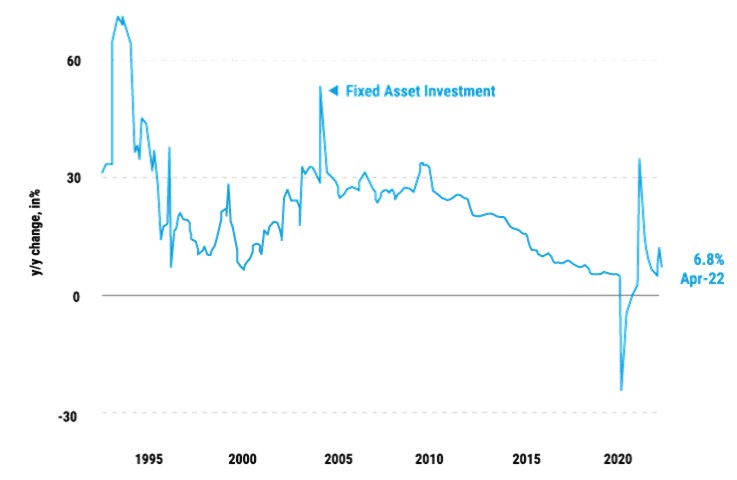 Source: Macrobond, Bloomberg, PineBridge Investments Calculations as of 16 May 2022

The Chinese government has moved to implement more policy stimulus. Yet, it is not just zero-Covid that is weighing on the economy, but also problems in the property sector, which are complicating attempts to use traditional stimulus tools such as increasing credit supply or cutting interest rates. Chinaâs outlook has deteriorated the most among the major Asian economies since our initial 2022 outlook publication.

Another global outlier in terms of monetary policy is Japan, where the central bank is keeping the 10-year government bond yield near zero. Japan started the year with another GDP contraction. The poor first quarter performance was the result of yet another round of Covid-related restriction, highlighting how much the country lags the US and Europe, which have largely removed most Covid measures. But the economy should rebound in the spring, and continued monetary and fiscal policy support, together with stronger exports boosted by a weaker yen, should extend that recovery well into next year. In fact, the IMF forecasts about the same rate of GDP growth for the US, the eurozone, and Japan in 2023 (1). It would be remarkable if that were achieved with three dramatically different monetary policy regimes.

Indiaâs economy slowed sharply in the first three months as Covid restrictions held down growth to an annualised rate of just 1.2 per cent. Yet purchasing managers indices suggest growth should pick up again in the second quarter as restrictions are lifted. The main risk for Indiaâs outlook is the surge in oil prices. The country imports 85 per cent of the oil it consumes, which means that oil costs will put increased strain on Indiaâs current account, potentially requiring higher interest rates or a weaker currency. Yet the latter is not desirable, as it would fuel more inflation. Hence, tighter monetary policy is in the cards, which means downside risks to growth are on the rise. In June, the Reserve Bank of India raised the repo rate by 50 basis points to 4.90 per cent and announced a gradual withdrawal of accommodative measures implemented during the pandemic in a bid to keep inflation within target.

The economic outlook for Asia is looking a bit weaker compared with the end of 2021, when we wrote our initial outlook. The Russian invasion in Ukraine has pushed up inflation even more, raising the risk that central banks may go too far in their attempts to counter the price surge. China is subject to more Covid containment measures since the pandemic began. On the flip side, a weaker growth outlook also means fewer rate hikes and less restrictive monetary policy. We would need to see a more sustained market rebound, and a turnaround in inflation, to (quickly) lead to a pause in the rate-hike cycle and fading risks of recession.