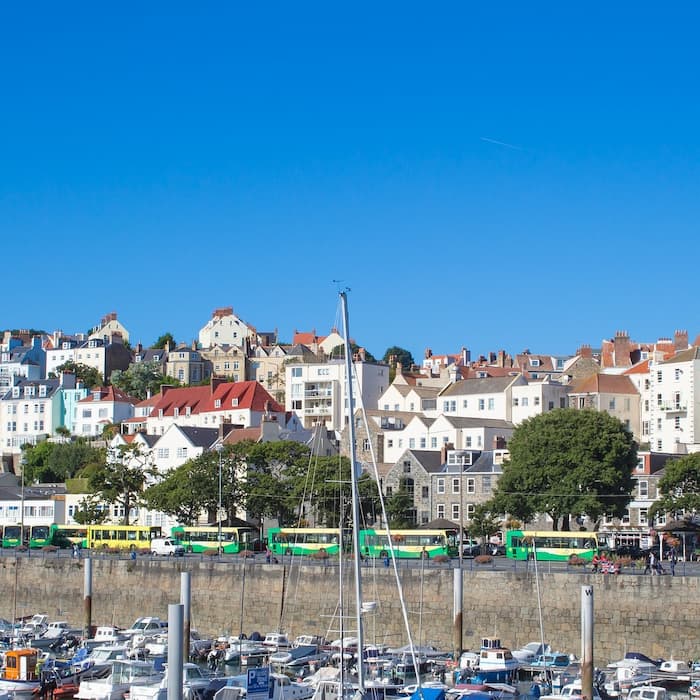 This news service talks to the organisation that promotes the island's financial services sector about the themes unfolding in the jurisdiction and its place in the wider world.

A decade after the introduction of a foundations law in the island, Guernsey now has an important tool for those wanting to hold assets and structure philanthropic resources.

At a time when the global economy is being buffeted by war in Ukraine, rising interest rates and the aftermath of the pandemic, the stability and growth of a place such as Guernsey has obvious appeal, Rupert Pleasant, chief executive of Guernsey Finance, told this news service when it recently visited the island.

â80 per cent of our client base have said their business was growing and expected it to continue growing,â Pleasant said. âThat is across all sectors, such as funds and private wealthâ¦.and there is a growing insurance sector in Guernsey.â

Pleasant is clearly passionate about Guernseyâs green credentials, and argues that the islandâs long track record gives it credibility. The jurisdiction is not jumping on a fashionable bandwagon.

âGuernseyâs prominence in the green and sustainable space as a first mover has seen hugely positive results for the island. As well as Guernsey being considered a responsible global citizen, it has also highlighted the work of industry and the regulator as an international innovator, helping alleviate global warming and tackling new and difficult themes through Guernsey-based initiatives,â he said.

This news service has spoken to a number of industry figures in Guernsey and Jersey as part of its coverage of the Channel Islands, and the trends that are unfolding there. Common themes are shortages of talent; a desire for stability and structure flexibility; the IFCs' ability to route financial flows to Europe post-Brexit, and their continued tax-neutral role in a world of mobile capital.

Nature-based
At its recent conference in the island, Guernsey Finance and other organisations recently discussed the topic of ânature-based solutionsâ â considering ways to mitigate greenwashing and set a benchmark for quality.

And the work being done in the space is starting to make waves.

âWe are getting a lot more recognition,â Plesasant said. Guernseyâs offerings have been catching attention of people in the sector â in Miami, Florida, for example.

A jurisdiction such as Guernsey has to constantly innovate and showcase the range of offerings that can be domiciled there.

Pleasant picked up on the example of the Guernsey Foundation: âGuernseyâs legal system provides great benefit to the way in which the plethora of products, structures and vehicles operate. A notable example is the Guernsey Foundation which, as a vehicle for conducting philanthropy amongst other things, has been extremely popular â particularly amongst HNW clients based in civil law jurisdictions such as the GCC nations of the Middle East.â

âThe Foundation has elements of both a company and a trust in that it has neither members nor shareholders; it has a separate legal personality, enabling it to act and exercise powers and be bound by obligations in the same way that a company is. This expression of legal persona is enabled by Guernseyâs flexible approach towards company law,â he said.

Talk of philanthropy and wealth transfer inevitably brings up the issue of how Covid-19 affected conversations with clients and advisors.

Cautious on cryptos
Away from these areas, Guernsey takes a relatively cautious approach. Take the area of digital assets and cryptocurrencies such as bitcoin. Heavy falls in prices suggests such a stance makes sense.

âWe have a much more conservative approach when it comes to cryptocurrencies. We launched the worldâs first crypto ETF at the start of the year. The regulator here has been sensible to watch and observe and they are aware of what is going on the market,â Pleasant said.

Looking ahead, Pleasant said he expected to see more consolidation among the firms operating in the island â a view that seems to chime with what businesses have told this publication.

âThere has been a great deal of consolidation within the trust and fiduciary sector in recent years with some very large multi-jurisdictional companies now emerging,â he said. âHowever, unlike other jurisdictions, Guernsey has continued to support smaller and more boutique fiduciary providers, who are often privately owned on the island. So itâs all about choice for clients â Guernsey will continue to offer a complete range of fiduciary providers, whereas other jurisdictions may only be able to offer larger more institutional players.â

As noted with other IFCs, Guernsey has to think about a global marketplace. And it has a particular connection to South Africa, Pleasant said.

âIâve just completed a seven-day trip to South Africa, part of a 32-strong Guernsey delegation that visited the country. It is very apparent that there is a special relationship between the two jurisdictions and has been so for over four decades. Guernsey is seen as a very safe pair of hands in politically and socially turbulent times, whilst being the conduit for many billions of dollars being invested back into Africa creating value and jobs within the continent. So a solid, special relationship is more important than specific structures,â he said.

A Wide Set Of Wealth, Business Tools In Jersey: In Conversation With Stonehage Fleming

Green Funds, Foundations And Other Qualities: The Guernsey Formula

Havens Of Calm In Volatile Times: The Channel Islands

The Bahamas And Resilience Through Testing Times â Latest Report

Reflections On Pandemic's Impact On IFCs: View From The Cayman Islands