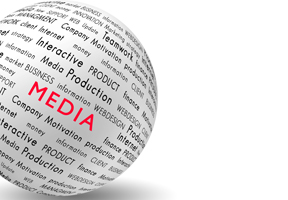 Social media and the constant flow of news puts HNW people under intense scrutiny. Here is an article suggesting ideas on how people can guard their reputations.

High net worth individuals and their families have always been the subject of greater public scrutiny than most. However, as we enter times of increased economic austerity, successes and missteps will be watched more closely than ever before, according to Ryan McSharry, head of crisis and litigation and Helen Scott, account director at international PR consultancy Infinite Global. The editors of this news service are pleased to share these views; the usual editorial disclaimers apply. Email tom.burroughes@wealthbriefing.com

It's human nature to be interested in the lives of the rich and, in todayâs world with its 24/7 news cycle, always-on social media and proliferation of personal information on the internet, public scrutiny of wealthy people and their families is more intense than ever.

Add to this global regulation shifting towards ever greater levels of transparency and disclosure, and the lines between what is public and what is private blur beyond recognition. We are also living in an age of widespread misinformation, where âtruthâ is both hard to spot and subjective.

In a recession, amid a cost-of-living crisis, these factors put the behaviour and activities of HNW individuals under the harshest of spotlights. Reputations are at stake. HNW individuals and their advisors must therefore be mindful of how they construct and amplify their narratives, whether in support of passion projects and business ventures or, most critically, in the event of a threat to personal standing.

A slew of bad press or negative search engine results pages (SERPs) can hamper a personâs ability to raise capital for their companies or forge important partnerships such as joint ventures, as external parties will doubtless do extensive due diligence. It may make it harder to do business in some global jurisdictions and will put up barriers around an individualâs internationally mobility. It could equally undermine any philanthropic endeavours or efforts to embed ESG (environmental, social and governance) values into family operations, triggering accusations of hypocrisy or greenwashing, and leaving the wrong kind of legacy.

Revealing risks
For many observers, âYou are who Google says you are.â A lawsuit against you may drown out all the positive publicity about charity work, and one poorly thought-through social media post could go viral and undo all efforts to project an ethically-conscious image. Hackers could publish sensitive data such as financial records or personal images, as highlighted recently by the REvil hacking group leaking confidential material on celebrities such as Madonna (1). Cybercriminals could spread malicious rumours or publish fake content such as deepfake videos to discredit or blackmail people they believe have something to lose and the means to pay. Whether this represents a true and fair reflection is beside the point: it is what people believe that matters.

Bad actors and unhelpful online ânoiseâ are not the only concerns. Media attention remains another powerful force for good or evil in the reputation game (which of course feeds back into the online arena). When journalists get the scent of a story, they are unlikely to let it go. If itâs not shut down quickly, a story can run on, with multiple publications featuring articles prominently as the narrative evolves.

Key issues ripe for revelation in the current climate include a HNW individualâs political affiliations or financial affairs. For example, their business interests in geopolitically âsuspectâ locations might come under the microscope, or their tax status could cause suspicion about whether they are paying their âfair share.â Never more so than in these economically-straightened times, when the tax burden is getting heavier. Indeed, we are now approaching the âboilingâ phase in the tax and reputation cycle: when the economy is in the doldrums and media interest in the tax affairs of wealthy people in the public eye is at its highest. The furore surrounding the UK Prime Ministerâs wifeâs non-dom status is a case in point (2)   .

Preventing damage and righting wrongs
Prevention is always better than cure. Recovering from a reputational issue is challenging â it can be done but HNW individuals and their advisors would be wise to minimise the risk of a public relations nightmare occurring in the first place, working with experts in reputation management as appropriate. It pays to:

-- Be careful what is posted on social media â it is easy to inadvertently cause offence or invite criticism from trolls. Bear in mind the struggles that many people are currently facing. Social media posts can also provide criminals with critical information that can be used to cause harm;
-- Think twice before agreeing to interviews or speaking engagements â whatâs said could be taken out of context or twisted in an unanticipated way, and a record of it will remain online forever. Be selective: journalists are not necessarily interested in a pre-planned agenda, they are good at eliciting unguarded comments and may be looking for a scoop;
-- Donât make public statements that canât be lived up to â talking up the need to tackle the climate emergency or world poverty and then taking a private jet to an exotic holiday cuts no ice. Champion specific (rather than general) charitable causes or ESG goals and make sure actions live up to words;
-- Comply with the spirit (not just the letter) of the law â it may be perfectly legal to engage in, for example, aggressive tax planning or associate with people of dubious repute, but itâs still possible to be found âguiltyâ of wrongdoing in the court of public opinion. Wealthy individuals are often specifically investigated and called out by the media to explain questionable positions;
-- Respond quickly but carefully when âcalled outâ â offer explanations and concessions or go on the front foot by mounting a robust defence. The appropriate strategy will depend on the circumstances and a celebrity will usually take a different approach to a multinational CEO. Be honest and transparent: if actions are justifiable, then justify them. Be reachable; speak clearly to avoid misunderstanding; and tailor messages to particular audiences;
-- Keep an eye on what the media is saying â this is the best way to spot issues emerging before they explode and gives an opportunity to re-shape the narrative;
-- Leverage the good news â counter bad SERPs by ensuring that a flow of positive news is communicated online or to the media. Donât be shy to shout about positive achievements or interests. In fact, saying nothing is sometimes precisely the wrong strategy. Rather than conveying humility, it creates an information vacuum which either invites suspicion (by suggesting secrecy) or risks getting filled with content from other (potentially unfriendly sources);
-- Know the mediaâs rules â understand IPSOâs Editorâs Code of Practice and seek corrections or removal of reporting that breaches it; and
-- Keep calm â when a reputational incident occurs, respond sensibly, avoid negative behaviours, and seek to maintain perspective.

Burying heads in the sand or remaining tight-lipped rarely works â it can leave you vulnerable to nasty surprises and prevents you from taking back control if things go wrong. Reputation management is all about proactivity: setting out a strategy ahead of time, monitoring your own profile, being mindful of the zeitgeist and watching out for pitfalls. Itâs easy to get it wrong â but it shouldnât be difficult to get right.