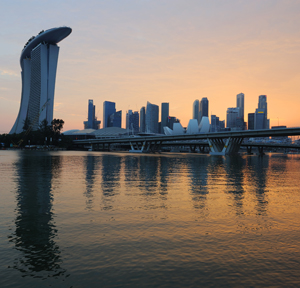 After a year of deep uncertainties that forced investors to stay cautious through most of the year, UOB Asset Management believes that economic trends are starting to become clearer in 2023.

The economic outlook is likely to remain challenging for another quarter or two, but the firm expects that, by the second half of 2023, inflation should moderate and economic growth should start to pick up again.

While 2022 was a year where almost all asset classes performed poorly, the firm said that 2023 is likely to offer several investment opportunities.

âA moderation in inflation should open the door for fixed income investments in the first half of 2023,â the firm continued.

âAs such, we start the year overweight in fixed income. We think this is more of a win-win situation at the start of the year given that current yields are high and inflation is moderating,â it said.

âIf the global economy is able to avoid a significant downturn and we see continued growth, then fixed income should at least be able to offer returns in the form of high yields. If, on the other hand, the global economy slips into recession, then fixed income will benefit from the lower inflation and interest rates that tend to accompany a recession,â the firm added.

It believes that Europe is facing a lethal combination of an energy crisis and rising rates which are set to slow its growth. This region appears to be most at risk of a recession.

âMeanwhile, Asia as a whole is affected by slowing global growth. However, local economies appear somewhat more resilient to rising interest rates, given that rates here have historically been higher than other regions,â it continued.

The firm acknowledges that it is the US that is most likely to lead the world into a global recession, or alternatively, support global economic growth resilience. It is the largest economy and at the centre of the inflation battle. And there are already many indicators that are pointing to a recession in the US.

However, the firm notes the surprising resilience of the US consumer. âSpending is still buoyant amid a strong job market, relatively healthy incomes and strong consumer balance sheets. In the end, we do not expect the US to suffer a recession if unemployment does not rise by at least one per cent from current levels,â the asset manager continued.

Global equities
âSlowing economic growth in early 2023 will likely be a headwind to equity investments. We think it is possible that growth could halt altogether and turn into a classic recession, but it is also plausible that the slowdown is a modest one,â the firm said.

âIn either case, we think growth assets like equities will not be able to recover until that growth slowdown has troughed later in 2023. We therefore have a neutral outlook on equities, commodities and alternatives at the start of the year and we are underweight cash,â the firm continued.

EDITORIAL COMMENT: A High Net Worth Status Ain't What It Used To Be

Financial Services â What Will Digital Marketing Look Like This Year?

Editorial Comment: Reflections On Another Turbulent Year, Looking Ahead